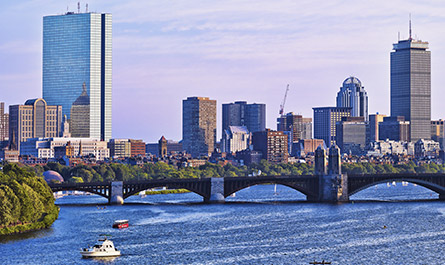 A still-tight vacancy rate in Boston is creating a shortage of housing throughout the city, particularly for lower-income households. Consequently, vacancy in Class C apartments has held below 3% during the past two annual periods ending in September. The average effective rent in these apartments is between $700 and $1,800 per month less than in Class A/B units, making it difficult for many individuals to transition to newer apartments. Continued household growth and net migration will drive further demand for these units, particularly as the bulk of new deliveries are of top-tier rentals and construction moderates overall in the coming years. There are expected to be roughly 2,700 less apartment units delivered in 2019 as compared with the 8,000 new apartment units slated for completion this year, with completions remaining primarily in the suburbs.

A highly educated workforce is attracting and driving corporate growth throughout Boston, particularly in the finance, tech and medical sectors. PNC and JP Morgan Chase have announced considerable expansions and some international companies, including LogPoint, are setting up their North American operations in the metro. This growth continues to attract more residents to the area, underpinning household formation and fueling the need for quality housing. High home prices, however, are making homeownership out of reach for many individuals, boding well for apartment demand. The average mortgage payment in the market is more than $700 per month higher than the average effective rent.  As a result, overall apartment vacancy rates remain considerably tight, resting below 4% in the third quarter of this year.

Strong multifamily performance and healthy demographic trends continue to draw apartment investors to Boston and the number of transactions increased 10% during the 12 months ending in September. Institutional buyers and other large multifamily buyers are targeting assets in prime neighborhoods and other areas nearby to colleges and universities. This demand has driven up property values in these areas considerably above the market average, with first-year returns in the mid-3 to sub-5% range. Several larger complexes will be placed into service in these areas this year and through 2020, potentially providing investors additional opportunities at the top end of the market, where listings remain limited.

Local and private buyers who have been priced out of the most popular areas are targeting properties in the suburbs, particularly those just north of the city where transaction velocity has been elevated during the past 12 months. Apartment assets in Chelsea and Lynn were particularly targeted, offering first-year returns at least 100 basis points higher than those found in most neighborhoods of Boston. Vacancy has also ticked down in both cities and their respective submarkets during the previous four quarters. The submarket that includes Chelsea, Revere and Charlestown registered a vacancy decline of 570 basis points as strong demand slashed the vacancy rate to 3.1%. Elevated tenant demand has also supported considerable rent growth, further capturing investors’ attention. Investor interest in the suburbs will likely persist moving forward as tenants increasingly seek these areas for more affordable housing options.

Moving forward, Boston’s apartment market will be buoyed by healthy job creation and fueled by corporate growth and the rising number of households. Apartment vacancy is forecast to remain below 4% at year end, supporting rent growth above the national average. Strong tenant demand and healthy economic trends will continue to draw investor interest to the market, potentially motivating some owners to list their assets amid elevated pricing.