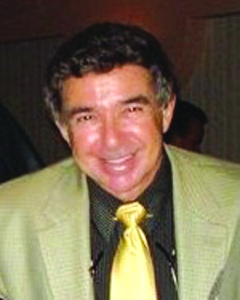 I’m always amazed that no matter what the issue is, there’s an opposite point of view. Today is sunny, but tonight it’ll be dark...it’s cold and snowy but soon it’ll be summer...I love doing big deals, but look at how much more I have to pay in taxes.

Look at the cranes on the skyline, look at the euphoria that has gripped the stock market. The unemployment rate is below expectations, new home sales are up, family incomes are inching up, and there are more new cars on the roads than sand on the beach. Hallelujah!

With all that consumer confidence, the restaurants are busy, whether high-end full service, sports bars, or fast food...they’re ‘cranking’! We get calls every week from major chains, franchisees looking for locations. Every day the phone rings with buyers who see being in the restaurant business as a panacea for the good life.

If you’re a shopper or a dinner, and I guess we’re both, the negative side of this apparent success is having to deal with the traffic and the constant ‘circling’ to find a parking space.

For most of us, we take it in stride. Hell, what can you do about it? For most of us, traffic, waiting in line, making reservations, frequenting you favorite place off-hours is becoming a way of life. OK, so what’s the downside?

OCCUPANCY COSTS! Up until just recently, the major problems that most business people, specifically restaurateurs, had to contend with was product cost and occupancy cost. Today, product costs tend to be manageable, conversely the indifference of landlords has driven rents to suffocating levels. Rent increases that were agreed to 10 years ago are today unreasonable.

Unfortunately landlords have become, and probably always were, your partner. If you want to stay in business to continue what you’ve built, you’re forced to accept the realization that you’ve always had an invisible partner. “we had everything before us, we had nothing before us.”

LABOR! There’s a tsunami coming to the Greater Boston area in particular but it’s effect will be felt everywhere.

Quick story. I had an upscale Italian restaurant in Wakefield for sale. Owner wanted to retire after 25 years. Highly profitable, priced right, phenomenal reputation, great staff. When it was confirmed that Davios and Legal C Bar was opening at Market St., one mile away, within a year, I strongly suggested that the owner lower her price and get away. She refused. They opened, she lost her staff to them, and she reluctantly closed the doors getting nothing for her business.

Today, the reality of life is that EVERY business is struggling for good help...even mediocre help.

Do you hear that sucking sound? By 2019 the new 670 room Wynn hotel and casino in Everett will be opening. Much worse than the effect of Market St., this extremely well-funded operation will require thousands of full and part time workers from chamber maids, cleaners, servers and cooks, to managers and administrators. Where will they come from? Where do you think? They’ll be raiding every established businesses near and wide.

Who wouldn’t like to work in a glitzy new hotel and casino? They’ll be higher wages, getter benefits, and, I assume nicer working conditions. Both the independent mom & pop businesses along with the chains are going to suffer.

A word to the wise...time to start thinking of making some changes before it’s too late.

Every business has a life expectancy. The challenge for most business owners is to recognize when it’s time to get out.