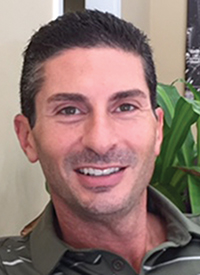 The Boston Post Rd. (Rte. 1) has long been one of the most desirable commercial corridors in the state of Connecticut, referred to by some as the “Miracle Mile”  To that extent, retailers, restaurants and other commercial tenants have flocked to the Post Rd. to locate their businesses, making property along the street a valuable commodity.

The stretch of the Post Rd. that runs through Milford, Orange and West Haven is an area that Colonial Properties focuses on, accordingly, we track activity very closely.  This area is important to the economic health of all three municipalities, as it represents a significant portion of each town’s property tax base.  Being aware of trends that may be occurring in the marketplace is important.  A healthy commercial district not only provides tax revenue for the town, but it also provides services and jobs for the residents.

For the last several years, it was common to see only a handful of commercial real estate sales in each of the towns along Rte.1 in any given year,  as property owners generally prefer to maintain ownership of these valuable assets.  As tenants come and go, leases are much more prevalent than sales and we typically see dozens of new leases annually.  However, over the last year, we have seen a significant uptick in the amount of commercial property sales.  There have been over a dozen sales in Orange alone and close to fifty in the three towns combined, with a significant portion of the properties being sold to owner/users rather than investors.  One of the factors leading to more sales is the favorable interest rate environment, but another factor may just be timing, as many of the properties that have changed hands were on the market for quite some time.

West Haven has had its share of property sales along Rte. 1 as well, although the dollar values are traditionally less. One sale of note was the transfer of 958 Boston Post Rd.  This is a 45,000 s/f former manufacturing facility which once was home to Lender’s Bagel Bakery.  The property was sold for $500,000 to an investment group and alternative uses are currently being considered.

As our firm is located in Orange, we pay special attention to transfers that occur within the town.  Although the majority of the commercial properties reside along Rte. 1 in Orange, there are a few ancillary roads, such as Indian River Rd. that are within the town’s commercial district.  A few of the notable sales, along with the new businesses that have come, or are coming to Orange include; 285 Boston Post Rd. (Eli’s Restaurant), 339 Boston Post Rd. (Connecticut Center for Child Development), 226 Boston Post Rd. (Dunkin’ Donuts), 111 Boston Post Rd. (Goodie’s Restaurant) and just recently closed, 253 Indian River Rd. (Tractor Supply Store) and 273 Indian River Rd. (CT Pest Elimination), transactions that Colonial Properties was able to broker.  The cumulative total of the commercial properties sold in Orange over the last twelve months is in excess of $15 million.

In forecasting sales activity for the upcoming year, it’s unlikely that commercial property sales will be as brisk over the next twelve months as they have been for the last twelve.

However, with several new projects in the works, it’s safe to say that this corridor will continue to be a desirable place to do business and we can look forward to this commercial district continuing to thrive in the near future.