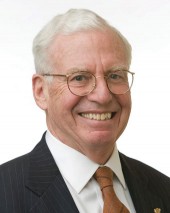 Take your tax moves. Make your year-end transactions. Tighten up for 2016. Commercial real estate demand is derived from employment and economic trends. And the FED has determined that current data indicates a sustainable and stable economy and trends in line with expectations for the labor market and inflation which justifies adjusting upward interest rates at the December Federal Open Markets Committee (FOMC) meeting. Commercial real estate is benefiting from the moderate economic improvement and will continue to do so from the sustainable trends in the data. The period of historically low interest rates is unprecedented and the impact of even gradual increases is uncertain, however is expected to be only marginally disruptive in the capital markets.

FED Chair Yellen, in her remarks to the Economic Club of Washington, said the pace of future rate hikes is more important than the timing of the first move by the FOMC. She said the pace would be gradual meaning borrowing rates for consumers and businesses would remain favorable for a while after the first move. Presumably, rates for commercial real estate would also remain favorable. Yellen described her expectations, after the initial interest rate hike, to include continued job growth, wage growth and inflation gains (towards the FED target of 2%). The remarks did not include speculation on the impact on the already strong dollar and weak oil and energy prices.

The Long View is Slow and steady based on BofA Merrill Lynch long range (8 to 12 years) forecast released on November 25, 2015. BofA expects: GDP growth to converge to potential growth of 2% after 2016; monthly payroll growth of 100,000 to trend to 4.5% unemployment and settle at 5.0%; stronger wages and less dramatic rise in dollar to result in 2% annual inflation by 2018; interest rates to converge to slightly lower long-run levels due to ongoing fiscal headwinds and lower potential growth. BofA introduces the long run forecasts for 22 key macro variables by labeling them rough baseline numbers because of considerable uncertainty in forecasting many years out. Additionally, BofA states if history is our guide, the U.S. will experience a recession during the next decade; however, predicting a recession so far in advance is almost impossible.

The macro economic landscape is broadly positive and outlook is for sustainable moderate growth. Tightening up for more opportunities in commercial real estate translates into liquidity. With liquidity, one can be nimble to exploit more opportunities in commercial real estate. 2016 will be marginally different than 2015 with more excitement. Happy New Year and best wishes for a happy, healthy and prosperous New Year.