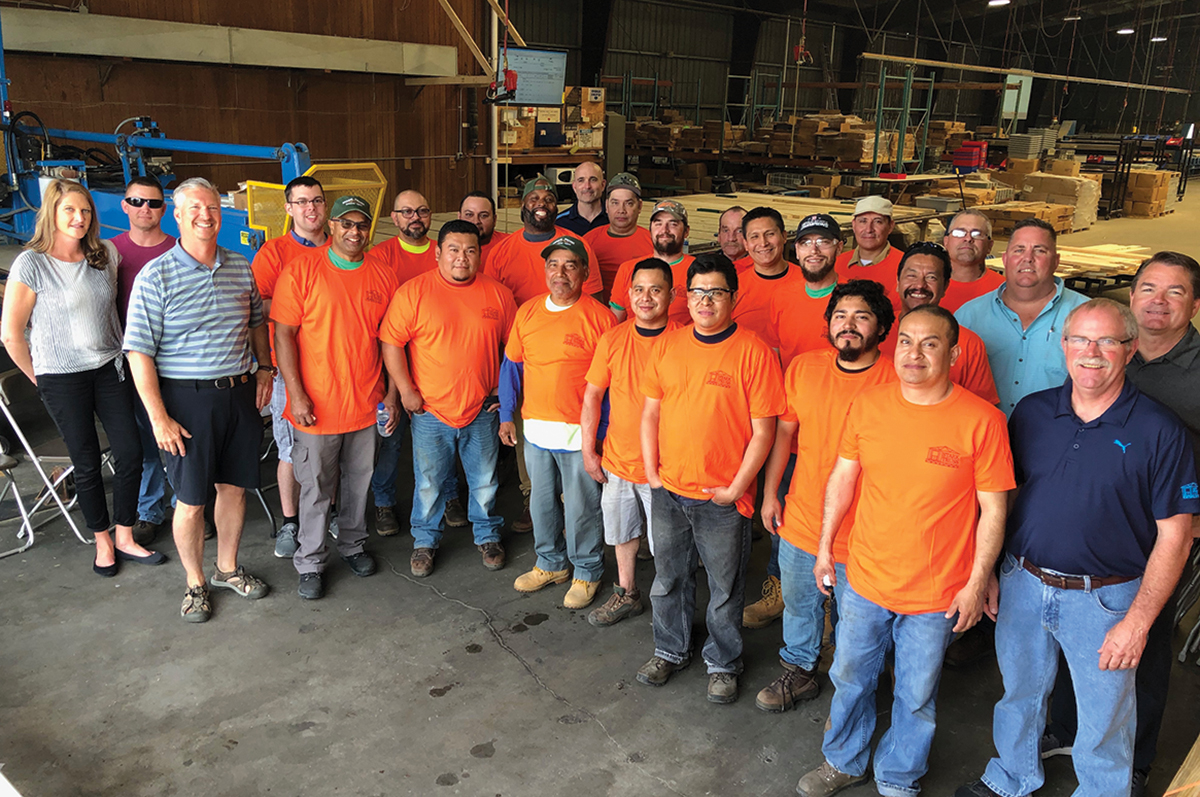 With over 200 companies and nearly 12,000 jobs at the Quonset Business Park, many Rhode Islanders are surprised at the diversity of work done at the park. My job as managing director of the Quonset Development Corp. is to create an environment for hundreds of distinct companies to thrive. Trussco, a leading manufacturer of wood components for the construction industry, is one company whose recent growth is impressive.

Trussco has been operating at the business park since 1989, and were a small operation until 2015 when Stark Truss acquired their manufacturing headquarters. Stark Truss employs 800 people across 14 locations, and the manufacturing plant at Quonset in North Kingstown has grown rapidly in the last four years.

Trussco mainly builds trusses, which can be thought of as basic support structures and beams for residential and commercial construction companies and builders. They also produce floor trusses and other engineered wood products. The bustle of its 35 employees and its lot full of lumber has been a welcome sign at Trussco, but the family first company culture instilled by parent company Stark Truss makes their success feel earned.

Stark Truss was founded by Abner Yoder and his wife Esther in 1963 in Stark County, Ohio. He passed on this business to his four children who now run the company. Stephen Yoder, president of Stark Truss describes the company ethos as critical to the company’s success. Yoder says that the Stark Truss management team is serious about creating a family atmosphere, and that their employees feel like they are a part of something larger than themselves. Their main office in Canton, Ohio is called Corporate Support instead of “Corporate Headquarters.”

In addition to being a family-first company, they donate 10% of all profits to the Abner-Esther Yoder Foundation, which supports humanitarian-based missions around the world. For example, the foundation recently helped to build a hospital in Guatemala, and is dedicated to lending their building expertise and leftover materials to projects in need. Stark Truss also has an annual giving program called Founder’s Day where employees in each of their 14 locations vote on a charitable cause for Stark Truss to donate to.

Since purchasing Trussco, Stark Truss has invested over $500,000 in technology at the Quonset plant and $40,000 in 2019 alone. The investment in modern equipment enables the many rail cars of lumber that they use to be cut safely, precisely and more quickly since it’s done with laser accuracy. The technological upgrades also make the measurement and building of Trusses much faster – the production set-up time of a truss has been cut down from 30 minutes to 20 seconds. Stark Truss is also planning building improvements to make a better work environment for employees as they expect their workforce to grow in the coming years. It is exciting to see companies investing in a future at Quonset Business Park.

Quonset’s location in North Kingstown enables Trussco to meet the demands of the marketplace. They are able to serve their Boston, New York and Hartford customer and they utilize the park’s freight rail system to ship lumber to their manufacturing plant or to send out finished wood products to their end locations. The park’s proximity to I-95 also allows for easy shipment of their products by truck. Trussco was already well known in New England and the Tri-State area, but the Stark Truss customer base has now grown southward to South Carolina and in the Mid-Atlantic to Baltimore.

RIPTA’s new Quonset Express bus service has assisted their workforce as many employees are traveling from further than North Kingstown and public transportation makes the commute simpler. Trussco advocated for this service before it began and we appreciate their willingness to use public transportation to reach the business park.

When looking at 200 plus companies at the park, there are many great success stories. My job is to create an environment at the business park for new companies to flourish and existing companies to expand. We’re proud of Trussco’s growth and Stark Truss’s investment over the past few years and hope their momentum continues.