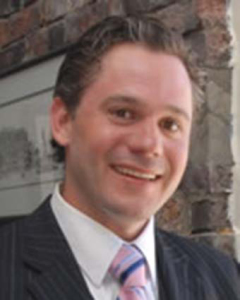 As we enter into the 1st quarter of 2016, the market shows significant signs that the commercial real estate sectors in Southern Maine will see continued growth as was evident in 2015 and years prior. For 2016, investment sales should remain strong and such properties will be highly sought after by local and national investors, the leasing market will remain healthy with continued absorption of vacancies, and lease rates and sales prices will continue to rise. Additionally, commercial construction is  ongoing in Southern Maine and I anticipate seeing new large scale proposals for additional commercial development and redevelopment slated for 2017 and 2018.  Below, I have summarized the trends and my 2016 forecasts for each of Southern Maine’s commercial sectors.

Southern Maine’s Investment Market Southern Maine’s investment market had another strong year with no signs of a slowdown in 2016. It is a seller’s market with more demand then supply. While interest rates have increased slightly and should increase several more times in 2016, interest rates are still extremely low compared to years past. Additionally, the concern of interest rates is not as applicable to larger scale investors that are taking advantage of the attractive capitalization rates in Maine and are doing 1031 Exchanges or purchasing assets in full. Pending the product, capitalization rates are currently ranging from 6.5% to 10% in Southern Maine and should drop slightly by the end of the 4th quarter.

Southern Maine’s Office Sector The office market in Southern Maine remained healthy in 2015. Throughout last year, Greater Portland office lease rates continued to rise, the average vacancy rate dropped, and general demand for office space on a lease and sale basis remained steady. According to CBRE, The Boulos Company’s 2016 Office Market Survey, the vacancy rate for office space in Greater Portland was 6.52% in 2015 with a drop from 10.04% in 2014 to 7.65% in 2015 in the downtown Portland.  A continuation of this trend seems likely for this year.

Sothern Maine’s Industrial Sector The industrial sector of Greater Portland indicated a slight increase in lease rates and absorption in 2015. Per the Dunham Group’s 2016 Industrial Market Survey, the Greater Portland vacancy rate was at 3.38% in 2015 based on a market size of 17,849,282 s/f. The Dunham Group’s data also shows that in 2011, Greater Portland’s industrial vacancy rate was 7.86%, lease rates averaged $5.47 per s/f, and the average sale price per s/f was $40.72. In 2015, their research shows an average lease rate of $5.62 per s/f and an average sale price of $53.45. All positive data signals a positive forecast for this year.

Greater Portland’s industrial market is very unique. Besides having standard industrial parks, there are still pockets of industrial buildings and land that are in close proximity of major development projects, offer substantial retail exposure, and/or are located on the waterfront with stunning views. These properties may remain industrial but with more demand brings higher lease rates and redevelopment opportunities are always on the table. Maine’s industrial sectors should continue to improve through 2016 and into 2017 with premier industrial parks and pocket locations seeing  reasonable increases in lease rates, sales volume, and pricing.

Southern Maine’s Retail Sector The 2015 retail market of Southern Maine provided an interesting prospective when comparing the sector to other States and national averages. Per Malone Commercial Brokers 2016 Retail Market Survey, the Greater Portland retail vacancy rate was at 3.6% for 2015 showing a continual decline since 2009 when it was at 10.8%. However, while the national retail vacancy rate decreased consistently from a 2010 high of 13.1% to 9.7% in 2014, it increased in 2015 to 12.6% (The same national retail vacancy rate as 2011). Based on these numbers, Greater Portland’s retail vacancy rate was 9 points below the national average last year. In part, the differential could be attributed to distinctive retail markets in Southern Maine and the overall proportionate share being a lot smaller then the larger markets. However, the 2015 retail market was extremely strong in Maine and I see no significant signs that would slow this sector down in 2016.

Through the end of 2015, Maine’s commercial real estate market provided landlords and investors with another solid year. For the most part, this has been an upward trend in Maine for the last 5+ years and should continue through 2016.

Matthew Cardente is president and designated broker of Cardente Real Estate, Portland, ME.