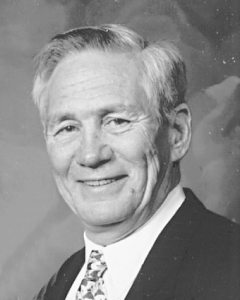 Someone recently asked me who was the first person I interviewed for the newspaper. The answer didn’t pop right out of my mouth since I had interviewed (profiled)   so many over the years. Being a baseball fanatic, I always subscribed to BASEBALL DIGEST, a monthly magazine that is still in business, and they always profiled one player. Where were you born? Where did you go to school? What was your first job? Your favorite movies. Favorite book, etc. I had learned in Psychology 101 that answers to those type of personal questions reveal a lot about the subject.

If you are sitting in a person’s office waiting to meet them and they have a bookcase, study it and you will learn a lot about that person by the books he or she reads. So I had decided to profile at least four people a month using the Baseball Digest questions. But back in those days (1963) when I would phone for an appointment, the answer I always got was, “The New  England what?” Boy, did I grow to hate that answer. No one had heard of us yet. So I had to learn how to COLD CALL.

My background had been as a disc jockey spinning records and reading commercials on the radio in Portland, Maine. It was a fun job and paid well (enough to carry a $9,000 mortgage and feed a family of four and one dog). So what the hell was I doing launching a weekly trade newspaper for commercial real estate that I knew nothing about? Condos hadn’t been invented yet. There were no nursing homes. One shopping mall located in Framingham. One industrial park located in Newton, and only one new office building constructed in the last 25 years in Boston. The last thing that a very quiet industry needed was a weekly trade paper, and I had two equal partners who I hoped knew the answers  – neither with any experience in newspapers or magazines.

Getting back to the FIRST profile interview. I knew no one in the industry,  except a few years earlier I had met an older guy (I was 17) at Wonderland Dog Track and we became sort of friendly – both from Newton. I remember that he would always bet on the same dog every week - FIRE POT, and the dog won every week. He had told me that he was going to work for Martin Cerel, the leading residential broker in the nation. It was now almost 10 years later and I decided to check him out, he might know someone who I could interview.

Fortunately, I found him now working for the Nordblom Company, a very successful  commercial development and brokerage company. So I phoned him, drove to his office, and remember the interview like it was yesterday. I  think we talked more about the dog track, but a few years later he joined Tom Leggat, a Hall of fame broker that we will talk more about in  another article entitled NEW ENGLAND BROKERAGE HALL OF FAME, and Ned Werner to form Leggat, McCall and Werner that became one of  the most successful real estate offices in Boston. Bill then went off on his own to form McCall and Almy that was also very successful.  I think  the Journal,  that eventually became a lot more than the NEW ENGLAND WHAT? helped them, and many other start-ups become known  almost overnight because of the publicity we gave them – always having their backs.       The Questionaire person then asked who were the first profiles I did in the other New England states, and I could take now another  several pages answering. But instead I will give you a very special one. I use to travel all over New England doing face to faces. Presque Isle  (where the hell is that?), Burlington, Providence, Fairfield County, Portsmouth. As my beat-up over 100  thousand mile car coughed and  sputtered, in 1965 (Do the math. That’s fifty years ago) . A very attractive female  two-time Realtor of the Year invited me to speak at a  Portsmouth New Hampshire Realtor meeting. When I    started the Journal there were very few women in the business, but this one was  very special. Her name was (and still is) Angie Kopka.  What the hell was I going to talk about to a bunch of knowledgeable commercial real  estate people? Frank Sinatra’s latest hit record – I DID IT MY WAY?  So I invited  a young friend , Stephen Karp, who was just getting his feet  wet in the  commercial real estate world and was currently working on his first shopping center with two very successful RE veterans - Z Wasserman and  Wally Yaffe. Steve, by the way, went on to be multi successful building shopping malls, and eventually sold them to Simon Malls, a multi  successful public company – one the the largest in the world.   Getting back to profiling Angie, I did, and we became great business friends,  her introducing me to leading commercial New Hampshire real estate people, and she became a great advertiser. I recall attempting to   address her group, but fumbled my words, and finally Steve gently grabbed my arm, invited me  to sit down and he took over explaining the development of shopping malls to a very interested audience. (Thanks for saving me, Steve).  So before I wrote today’s message, I checked my old telephone  book and dialed Angie’s number. A woman’s voice answered. “Is Angie  there?” I asked. “Yes,” was the answer. “Can I talk to her?”  I asked and Googled her at the same time.  In April she had celebrated her 99th  birthday. We chatted for several minutes and all I could think about was how lucky I had been 50 years ago that people like Angie Kopka and  Bill McCall had even allowed me a few minutes of their valuable time to interview them.